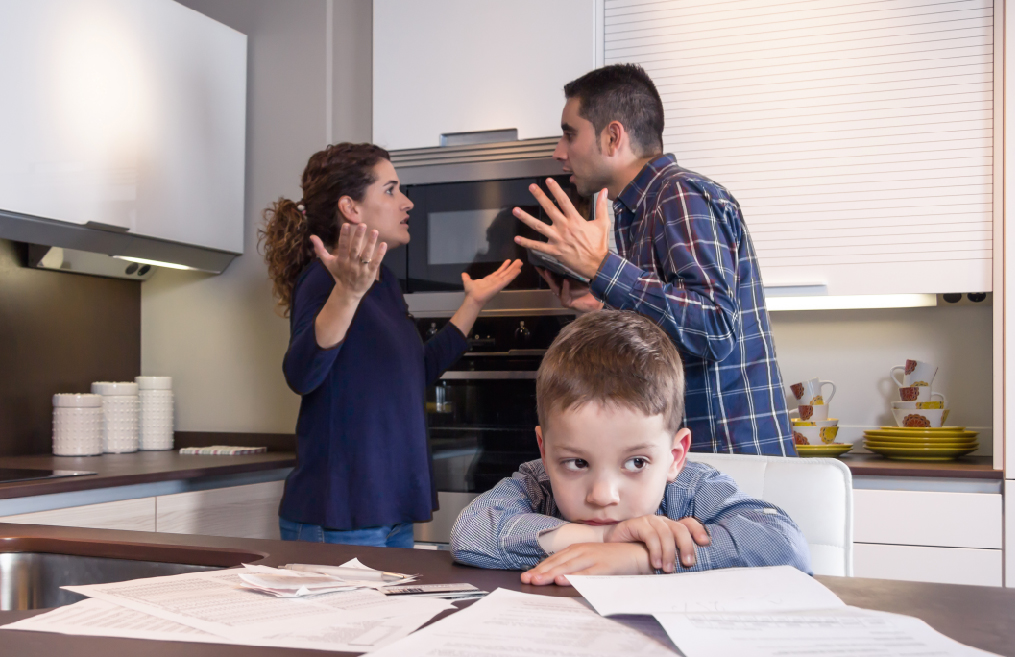 A drawn out battle over custody is where it all can get very nasty. One the one hand, that is understandable, as the custody of children is no doubt the most emotionally charged issue that can arise in a separation. When you combine the heartache of a separation with the gut wrenching of breaking up not only the marriage but the kids and family as well, it can get heated. One the other hand, it is the one area where, in a perfect “successfully divorced” world, people would put aside their emotional steamer trunks and try to do what is best for their kids (which is what the law is supposed to make them do). Because it really shouldn’t get all that nasty. Unfortunately, too often it does just that.

In order to figure out how you are going to successfully go (where few have successfully gone before) through a potential custody battle without a lot of shrapnel in your butt, you first need to understand the lay of the land of the battlefield. What you need here junior is a plan.

The best place to start is with the map – in this case the Children’s Law Reform Act. The CLRA starts with the proposition that both mom and dad have equal rights to custody – section 20(1). No, contrary to what the boys at the donut shop told you, mothers do not have preferential custodial rights – Popular misconception #1. Oh yeah, and before we get too deeply into this, you really need to understand what “custody” means. Custody, simply put, is the right to exercise all of the rights and responsibilities that a parent has towards a child – make decisions for them, decide where they live, pick their school, figure out what medical treatment they receive, if they take ballet lessons (just don’t name him Cedric, for pity’s sake)……..you get the idea………the same stuff you did together before you split. . By the way, a child, under the CLRA, is a minor (for those of you who have a keen grasp of the obvious). You also need to know what “access” means. Access is the right to visit with and be visited by a child, including the same right as a parent to make inquiries about and be given information on the health, education, and welfare of the child. You don’t get to make the decisions, but you get to be informed about what the decisions of the custodial parent are and how they affect the child. Simple, huh?

The CLRA goes on to provide that when you do decide to hit the road, if you leave the kids behind “with …consent, implied consent or acquiescence” (I’ll decipher this for you in a second), then you also leave your custodial rights, but not your access rights, behind (called “defacto custody”)- at least until a court makes an order stating otherwise.

Pushing the “legalese to English” translator button now………..Okay, here’s the deal. You decide after watching the Kardashians that family life ain’t the peach you thought you picked, so you pack up and move to the Motel 6, leaving junior at home with your ex. You probably just “acquiesced” or gave “implied consent” to your ex having “defacto custody”. Surprise! (Bigger surprise, I have just found out what a Kardashian actually is and I am only left with more burning questions……) Courts, by the way, seem to have an inclination to uphold defacto custody situations. After all, if you were happy having your former dearly betrothed keep the munchkins for 3 months after you bailed for the single life, it’s going to be an uphill battle trying to convince a court that you should now have custody. Tell a judge now that your ex is the parent from hell, and you find yourself on the horns of a dilemma – either you’re full of beans, since you left the kids there in the first place – or you’re a lousy parent for leaving the kids with the parent from hell when you split. Neat how that works. Now, the court doesn’t have to uphold the defacto custody situation. In fact, s. 20(7) of the CLRA specifically allows defacto custody rights to be varied by court order or a separation agreement. A court is directed by s. 24(1) of the CLRA to make a custody order that is in (and you’ll get tired of hearing this phrase before I’m done……..) “the best interests of the child”. Yeah, yeah, I can hear you askin’ me now – “gollee, Pete, what the heck is the “best interests of the child”?” Happy to oblige by demystifying it for you – you legal beagle you. Grab your coloured pencil, and start jotting down the fine points of s. 24(2) of the CLRA:

all the needs and circumstances of the child including,

(a)    the love, affection and emotional ties between the child and,

(b)    the views and preferences of the child, where such views and

(d)    the ability and willingness of each person applying for custody

(i)    each person entitled to or claiming custody of or access to the child,

(ii)    other members of the child’s family who reside with the child, and

(iii)    persons involved in the care and upbringing of the child; preferences can reasonably be ascertained; environment; of the child to provide the child with guidance and education, the necessaries of life and any special needs of the child;

(e)    any plans proposed for the care and upbringing of the child;

Got it? In other words, pretty much everything that goes on in your happy hacienda and the life of little Janey is relevant when custody is on the line. Combine that with the fact the the CLRA actually makes conduct of the parties relevant – s. 24(3) – and that’s why it gets nasty. Chew on this for a few days and then we’ll chit chat about different kinds of custody.