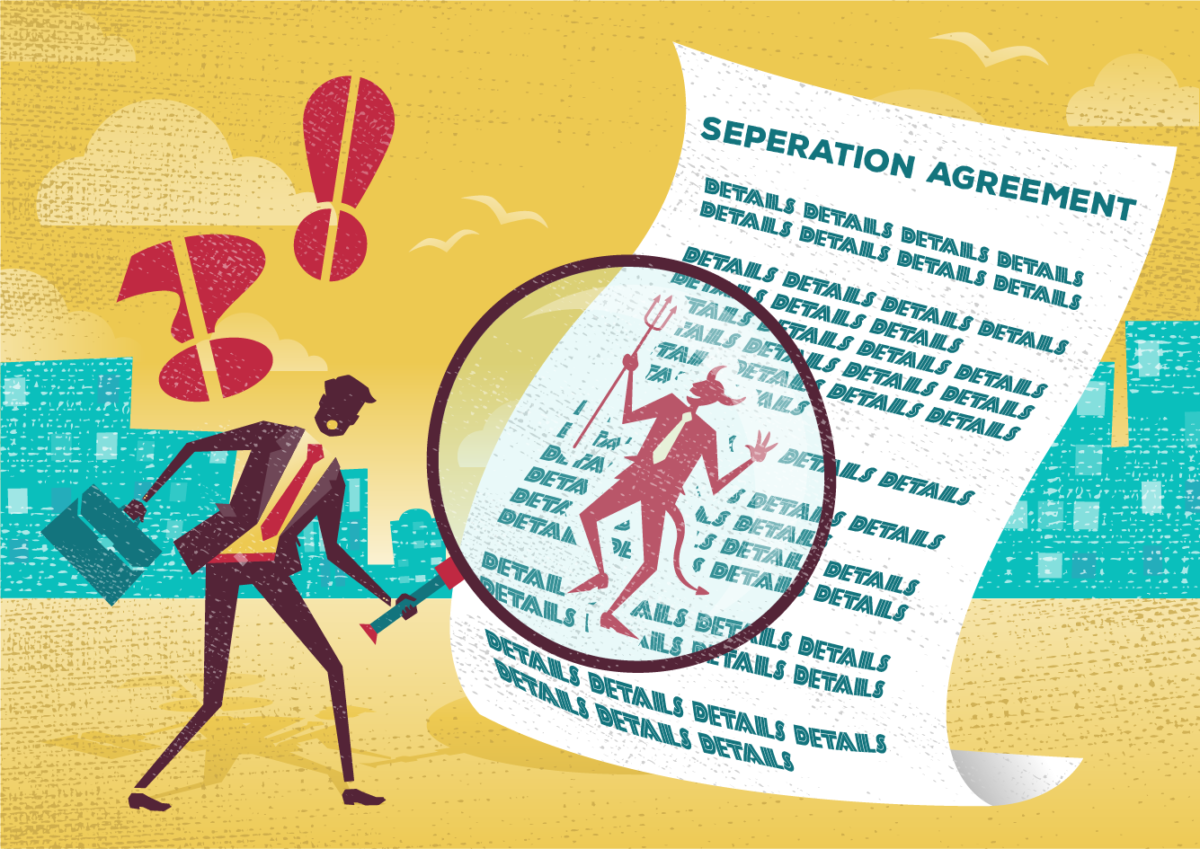 A couple of months ago, Ontario Superior Court Justice Douglas (sitting in Oshawa) released a decision in a case called Dagg v. Cameron Estate that – once again – pointed out a mistake that is made all too often by far too many clients and their lawyers.

This case was about a separation where the father was ordered to pay child support to the mother for two kids. Let’s call him the payor. Like most people, the payor had a life insurance policy. The issue in this case dealt with the mess that occurred when the payor was Ordered (yep, Ordered – not just asked for, not just in an agreement, but in a Court Order – that thing you can ultimately go to jail for not obeying kinda Court Order….) to “irrevocably designate the wife/mother, in trust for the children, as beneficiary of the life insurance policy”. The mess came when the payor never made the irrevocable beneficiary designation in favour of the wife (let’s call her the “recipient”) on the policy, and then had the bad manners to go and die (the nerve!!). Reality check, folks – all of us are dying – the only questions being how, why, and with whom.

In fact, the payor actually left the life insurance to his estate, instead of making the recipient the irrevocable beneficiary, just like the payor was ordered to do by the court. That’s where it really got messy, as he had other kids and a new common law spouse, all of whom he named to receive parts of the life insurance, rather than the two kids as per the court Order. Oh, and as is often the case, he left most of it – like 56% of the insurance – to the new sweetie. By the way, there’s not much point trying to dig up the dead payor and bring him before the court on a contempt motion. The whole point of having a provision in the Order requiring an irrevocable beneficiary insurance designation was to avoid more litigation – and more legal costs – and more delay – and………..well, you get it. Section 34(4) of the Family Law Act provides that a support order – child support or spousal support -binds the estate of the support payor. Rather than fighting with an Estate after the payor dies, it is much simpler to have life insurance in place that will cover off the future value of the support after the payor dies. What gets missed too often, however, is making sure that insurance is actually there when the payor dies, not just some warm and fuzzy words in an Order or agreement that says that the insurance is supposed to be there.

That is why any “family-law-lawyer-who-knows-anything” will always insist on a paragraph in either an Order or a Separation Agreement that REQUIRES (Now, I’m making this big so you know that it’s important) the person paying the support (payor) to “irrevocably designate the parent receiving the support for the children as beneficiary of that life insurance – or, if its child support – to make it in trust for the kids. The important bit here is the “irrevocable” part. That means that the person who controls or owns the policy (the insured) cannot change the beneficiary designation without the prior written consent of the beneficiary – who is the support recipient parent.

Now, it doesn’t end with just putting the words in the Order or Separation Agreement purportedly “requiring” the payor to provide and designate the recipient as irrevocable beneficiary of the life insurance. The payor (and it should be the payor’s lawyer who does this) MUST make sure that the insurance is indeed in place by requiring the payor to provide proof of insurance AND that the proper irrevocable insurance beneficiary designation forms have been signed and accepted by the Insurance company. If the payor does not do this in a timely fashion, then the recipient’s lawyer can bring the payor back before the Court and force this to be done. The court has various powers available to it to force the payor to comply, including contempt – the big stick of litigation. This follow up is essential within weeks of getting the Order or Agreement finalized. And the follow up has to continue until the proper paperwork is submitted. I recently had to chase a payor’s lawyer for months and months to ensure that this was done. They ignored a couple of requests, then sent the wrong documentation, then ignored it again. Perseverance paid off and I received the proper documentation.

This has to be done promptly and before the payor dies. After the fact leaves a big mess to clean up, and potentially no money to chase or a significant legal expense to go after the Estate. I have assisted a number of people over the years when this was not done by their lawyers. This is ultimately an issue of negligence for the lawyer acting for the recipient if that lawyer does not follow up and ensure that the irrevocable insurance beneficiary designation is actually in place.

Dagg v. Cameron Estate is a fascinating decision on a motion, with further proceedings to follow. For lawyers, it is spellbinding stuff that we hang on. For people who just want to get the support paid and get the life insurance they were supposed to get, it represents a lot of money spent in a legal battle over a mistake that would have been easily cured if someone paid attention to the details and actually got the paperwork in hand to confirm that the irrevocable insurance beneficiary designation was actually signed and accepted by the insurance company. And that is why the devil is in the details.