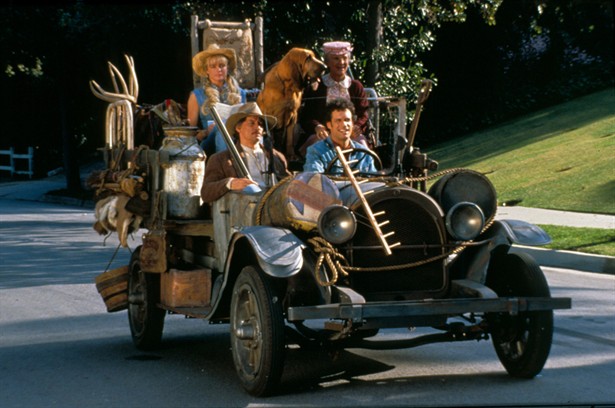 Wow –  what a week.     Between lily-livered lawyers making the ultimate “walk-of-shame” excuse –  coming late to the courthouse, whining about not being served two weeks earlier by my runner with a motion to strike their entire case – then recanting when confronted with their own secretary’s signature on the acknowledgement of service (yep, it’s all about the preparation, sportsfans!), to a local assistant crown plea-bargaining a deal to a 26 year old, would-be sexual predator named Niket Bhasvar for a conditional discharge after Bhasvar pled guilty to feeding alcohol to two 15 year old employees at the Subway where he was Manager in order to loosen their resistance as he worked his sexually devious wiles upon them – fortunately without getting to home base.  Unbelievably, the main reason for the discharge appears (and I confess readily that I was not in the courtroom so I’m relying upon the media report) that a conviction might damage Bhasvar’s attempt to become a Canadian Citizen – as he is currently here from India on a work visa.   Seriously?!?      Become a Canadian Citizen?!   This piece of cheese should be on a plane back to his native India with a one way ticket and a pair of handcuffs.    Donald, where are you when we need you??!!   Like I said –  wow, what a week!    And to top it off, the angels are still singing “Glory, Glory Halleluiah (sounding like Elvis in the Aloha From Hawaii concert), ever since “The Donald” became “The POTUS” just over a week ago……..And God is in his Heaven and all is right with the world.

But the kicker this week –  that which got me off of my preferred ticket of writing about divorces and employment disputes and how we all love them –  was the shining light of the Ontario Court of Appeal in their recently released October 3, 2016 decision of JJ v. Rankin’s Garage and Sales.   We don’t get to know JJ”s name, you see, because JJ –  despite his drunkenness and theft of a car –  was only 15 when it all went down.   In summary, the facts are these –   you might wanna sit down and bite down on something – in my case it was a flask of Hennessy XO that I just won (actually I won 6 of them) by betting on my man The Donald in the recent POTUS contest down there.    Let’s all sing –  “Ding Dong the Witch is Dead….the Wicked Witch…..”.   Sorry, still celebrating……

So JJ and his pal CC (another upstanding youngster who “cannot” be named in order to protect him – despite the fact that their collective behaviour gives me the strong feeling that it is the rest of us who need the protecting…..)     On July 8, 2006, JJ (then 15) met up with his pals CC and TT (then both 16) while CC and TT got drunk on a 24 of beer which CC’s “Mother Of The Year” bought for the lads – so much for Sloppy Joes or Pizza – while she sat with them and watched them get drunk.  Mumsy-dearest then went to bed and the clever lads proceeded to get into the vodka and some weed that were also around the Happy Home.       Boys being boys, they then proceeded under cover of night to a local used car dealer –  Rankin’s Garage –   and tried a few cars until they  got into a Toyota Camry where they found a set of keys in the ashtray.   Said “drunken-and-stoned-under-aged-future-Clintons” then took said Camry on a high speed joy ride.  CC, who decided to steal the car, not only had no licence (quelle surprise!!) but had also never driven a car before.      Oh well, no worries –  no time like the drunken, stoned, present to learn.    Allez les boys.

So, load up the car with loaded (and stoned) unqualified driver and willing (let’s repeat that for effect, shall we –  willing passengers –  no one forced ole JJ into the car – he was happy to “go along for the ride”, if you will) and off we go on a high speed joy ride.    No big spoiler, the joyride resulted in a car crash and JJ sustained a catastrophic brain injury.  Now, any 15 year old who gets struck down like that at his age is a tragedy.   But let’s remember how he got there, shall we –  but by the grace of the Wonder-Mom who supplied the booze and then let the chimps loose.   Yes folks – it is usually your circus and –  YES –  those are your monkeys!

Unbelievably, the Jury in the trial found that  Rankin’s Garage owed a duty of care to random, roaming,  wanton, drunk and stoned teenagers who might try to steal a car, because the car lot was not secure enough hand the keys were in the ashtray –  apparently some honest folks who dropped off cars to be worked on were trusting enough to leave keys in the ashtray, not thinking about those wandering 15 and 16 year old hooligans who were drunk on beer supplied by mommy, vodka stolen after mommy sacked out, and weed (probably legalized by The Shiny Pony Justin).

What, however, is beyond the realm of comprehension, is how 3 justices of the Court of Appeal –  the highest court in our Province of Ontario –   supposed scholars all –  actually upheld this verdict and bizarrely  found that Rankin’s Garage was on the hook financially as a result of the injuries sustained by JJ when stoned and drunken CC piled up the car which they all stole (yes – they all stole it –  no one forced JJ into the car at gun-point) and JJ ended up with a catastrophic brain injury.    Wow –  Court of Appeal –  give me some of what you are smoking!     Seriously!? – a duty of care to make sure that stoned and drunken teenagers, whose parents feed them the booze and then leave them unsupervised with access to more alcohol, weed and an open door from which to escape and wreak havoc upon the unsuspecting community don’t steal a car in the middle of the night??    Sorry, but the way I was raised put that duty of care squarely on the shoulders of the parents.   Not only would my mother not have provide the booze, but would have made sure that all 15 year olds were in their own homes and in their own beds by 11 pm –  not out roaming the streets.     And I would still be looking for my teeth if I got hammered, stoned, and stole a car.