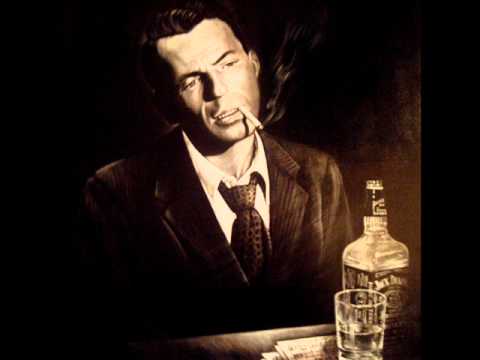 Yep – you know it – it’s after midnight, the Courvoisier Erte is tickling my nose from the snifter as it gently swirls, and Sinatra is softly singing that great saloon song – “The Gal Who Got Away”. ….. “The night is bitter, the stars have lost their glitter, the wind is colder, suddenly you’re a lot older…… and it’s all because of the Gal who got away……..”.

That broken-hearted lament is so much a part of what drives the often hate-fuelled litigation that can result when hearts get broken and pride takes precedence over principles. As creatures of God all, we usually lash out with vitriol when someone who once promised forever to be true (until death do us part…..) abandons the vow in the pursuit of “a la minute” passionate escape. It’s how we are wired.

You only have to look at TMZ tonight and the blazing headlines of how Angelina has initiated proceedings against Brad alleging substance abuse, anger issues, and apparent concern for the well being of the children. Now, there is no shortage of funding to fuel the machines of war on either side of this star-studded battle, so you don’t need to be building any rockets in your back yard to know that Team Brad (remember those stupid T-Shirts when he dumped Jenn in order to be “Tres Jolie”?) will soon retaliate with allegations of their own, as the 6 Jolie-Pitt-lings (the kids, silly) are played as pawns in the media frenzy that will be the People Magazine cover story of the year.

I guarantee you that Brad and Co. will allege that Angie is mentally unstable (remember the vials of Blood she and Billy Bob used to sport around their necks…..), has alienated her family (Daddy John Voight was barely spoken to until Brad broke the ice), and is both physically and mentally unfit to mind the brood. Wanna bet lunch at the Beverly Hills Hotel? I particularly like their Crab Louis.

Yet again we see an example of how wars start where they need not and where people who should be well sensitized (this ain’t the first romantic rodeo for either of these prom queens) as to how , throwing stones just gets you a lot of broken glass throw logic, calm and compromise to the wind as a broken heart quickly leads to a broken family.

I suspect there is more to this than Brad smoking a doobie or two (yes, Bill Clinton, he did inhale) or tossing a plate or two after a spat. I suspect there is another chicken in the barnyard and Angie’s “first strike” approach of seeking sole custody of the children while publicly attacking Brad’s abilities to parent is borne directly of love’s labours lost. I’ll be you dinner at L’Orangerie on that one – but only if Ludovic Lefebvre is still cooking.

Ang could have chosen the “conscious uncoupling” collaborative compromise of Gwynneth and ol’ what’s-his-name…..but she didn’t. She’s cheesed – seriously cheesed – and the time for compromise has long passed. It may come again, but only after the battlefield is scorched as they spend some of their considerable monetary resources on engaging the toughest, nastiest, most aggressive divorce lawyers they can find…..(sniff…..I’m gettin’ all misty-eyed here….sentimental me). So now Brad must, by necessity, not only follow suit, but significantly up the ante. Ever soiled panty and boxer (now just stop right there…..) is going to get tossed into the ring.

The psychology of matrimonial litigation that I have observed over 30 years tells me that this battle will go thermos-nuclear for a while, until their publicists get the reins on each of them and remind them that, while America loves a good messy war (thus why God created a Kardashian in the first place), that the “but the poor little kids” sympathies will quickly win over the blood lust gazers and they will both risk B list acting jobs (ok, so maybe Laura Croft wasn’t exactly Oscar material, but you gotta love Angelina in a spandex jumpsuit – just sayin…..) if they don’t make peace and start pretending to be BFFSS (Best Friend From Separated Spouses) PDQ.

Those of you not blessed with $485 Million US in net worth need not despair. You too can trash your ex, inflame an already volatile situation, and generally ruin your kids’ lives……just go nuts on Facebook, Twitter, Instagram, SnapChat, ChunkyWhiteAsses  (one of my personal favourites), and the like. You too can send your lawyers’ kids to professional school and generally make a public display of your human failings and fallings to all who will watch – and lots will watch. That’s why the Romans invented the Circus Maximus. And when the bombs have all been dropped, the missiles all launched, and the battlefield of what was once your relationship is strewn with human and financial casualty, you can look back and wonder why you didn’t try something other than the first strike nuclear attack when you were first scorned. If it’s any consolation, you are apparently in good company……lots of it.

Now, I wonder what bar Brad is drinking in tonight…….about 5 double scotches into telling the bartender about the Gal who got away…………”no more her eager call, the writing’s on the wall, the dreams you dreamed have all gone away…..”

Goodnight Angie. I hope you like the war you ordered. It’s on the way.